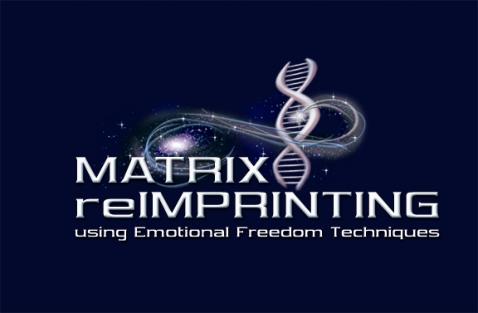 Emotional Freedom Techniques ® (EFT) are part of the so-called energy psychology and have been described as one of the most important breakthroughs in the area of mind-body healing in the last hundred years. EFT involves stimulating particular acupuncture points by tapping while focusing on a problem or physical symptom. Although seemingly simple and easy to learn by anyone in minutes this method has achieved incredible results in almost any sphere of human life – from emotional and mental problems to physical ailments.

Since the early 1980s mental health professionals started experimenting with the knowledge about the 14 energy meridians used by the Chinese Traditional Medicine for thousands of years, combined with psychology approaches. Psychologists searched for effective methods and practices based on the understanding that energy is the general plan, the infrastructure of the human body. It has energy pathways and centres which dynamically interact with the cells, the organs, the thoughts, the moods. This was the birth to Energy Psychology – a brand new field gaining vast popularity through achieving fast and sustainable results. Amongst the most famous in this area is EFT® – Emotional Freedom Techniques. Called also the psychological acupuncture it has been created by Gary Craig, a student of one of the founders of the Energy Psychology Dr Roger Callahan.

Craig is a successful businessman who graduated as an engineer from Stanford University and has been intensely interested in personal improvement through psychology. After long years of work in 1996, he created a method that satisfied the practical approach of his mind of an engineer – to be both effective and easy to apply, to improve emotional health and to be for everyone to use without the need of specially trained therapists. This is how EFT was born and literally given to the world – from his website Gary Craig, now retired, offered a free detailed manual for EFT application.

The basic discovery statement of Craig and the Energy Psychology is that The cause of all negative emotions is a disruption in the body’s energy system and not from the negative memories or thoughts as accepted by traditional therapies. Therefore stimulating energy points on the surface of the skin combined with particular mindset can very quickly and permanently change brain's electro-chemistry.

An acupuncture point is a zone on the skin where the electrical resistance is significantly lower and the concentration of receptors is higher. When stimulated, they send signals to areas in the brain that are connected to emotions. A case study from Gary Craig's book The Promise of Energy Psychology (David Feinstein, Gary Craig and Donna Eden) demonstrates through magnetic resonance imaging that when a needle is placed in the leg of a man it affects directly the blood activity of the brain despite the fact that there are no known neural, vascular or any other physical connections. Another magnetic resonance imaging also shows that stimulating specific points deactivates areas in the brain that are part of experiencing fear and pain. These points can be stimulated by acupuncture, by pressing (acupressure) and by tapping.

It is known that traumatic events of any kind are imprinted in our conscious and subconscious mind. Kept there the stressful event blocks part of our energy and reduces our capacity. Additionally, the memory of the trauma is triggered by sight, smell, sound, feeling, thought or another stimulus that resembles the event. For example, for someone who has experienced a dramatic car accident the smell of fuel or the sight of a car like the one that caused the accident, acts like the signal for a real present danger as if having a car crash again. This all happens in a small area of the brain called 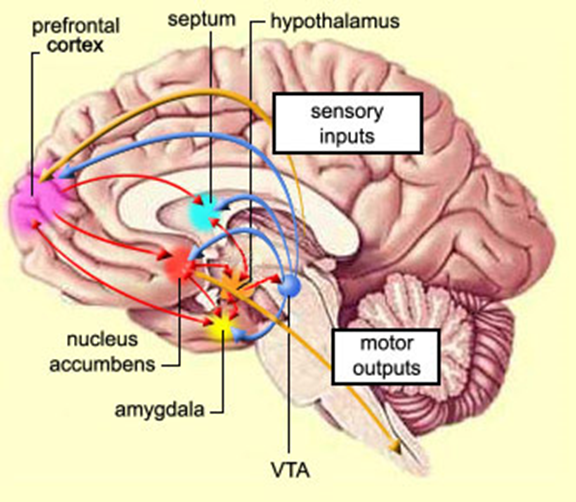 It has a substantial role in the negative emotions of fear, anxiety and negative pleasure i.e. aggression. States like anger, avoidance and some defence mechanisms are activated by the amygdala and its impaired functioning causes anxiety, autism, depression, post-traumatic stress, phobias, schizophrenia. At the signal of a threat the amygdala sends impulses to the autonomic nervous system (a control system functioning largely below the level of consciousness) that will trigger the response of fight/flight/freeze. Chemicals like adrenaline, cortisol, noradrenaline are released in the bloodstream increasing the heart rate, the blood pressure and causing other dramatic changes in the body. Physical perceptions of anxiety response are felt like anger – fight, like fear – flight, or like inability to act (powerlessness) – freeze.

The amygdalar response is instant, instinctive and powerful; the neural network of the amygdala literally blocks the thinking rational brain and its ability to react.

EFT is a switch to the neural connections between the image and the anxiety response. The individual recalls the trigger-image that causes the negative emotion and at the same time starts tapping on certain acu-points (see graphic). They send impulses directly to the amygdala and cancel the anxiety. Simultaneously, while tapping, the individual says a phrase, which describes the problem and accepts it together with accepting herself/himself. For example: “Even though I have a fear of heights, I am a good person and I deeply and completely love and accept myself”. In this way, the number of neural connections between the image and the anxiety response is reduced. After some repetition, the image can be brought to awareness or directly relived without causing anxiety response. This is the mechanism how EFT can clear entirely or significantly reduce any emotional problems, physical illnesses, allergies, addictions, overweight, improve sight. It is also used to achieve peak performance in all spheres of life through eliminating any negative emotions related to a goal that feed the (unconscious) self-sabotage. Visualisation can then be used by putting positive emotional charge to the outcome. EFT can also be used in our everyday life for less complex but widespread states of stress, tension, temporary discomfort or physical pain.

In order to experience EFT, I met Irena Relyovska-Barton. Irena is one of those people who found their mission. With a successful career in banking, she came across EFT and educated herself abroad so that today she is fully devoted to practising it. In our preliminary conversation over the phone she suggested that I should come to our session with an emotional problem. We sat in a prepossessing comfortable room where she holds sessions. We were going to deal with something seemingly simple at a first glance – my inhibition to sing in front of an audience. I had to start the process by measuring the intensity of the problem on a scale from 0 to 10

After that Relyovska decided to use Matrix Reimprinting – a technique based on EFT and exploring deeper in the subconscious and retrieving unexpected information. She is the only one qualified Matrix Reimprinting practitioner in Bulgaria. She started tapping on me on the classic EFT tapping points. The aim is that the client can relax and focus all his/her attention inward. Soon after the first rounds of tapping I felt myself in the field of alpha brain-waves and getting deeper and deeper in my own inner world. Irena's voice was guiding me: “Even though I feel embarrassed to sing in front of others, I am a good person and I completely love and accept myself”. I repeated after her while she was tapping the points on the hands, the face, the chest. I went deeper and deeper. She then prompted me to recall a situation when I was really embarrassed to sing in front of an audience. I had to visualise it as an observer without reliving it again. I went about a year and a half back in time. She instructed me to notice as much detail as possible – the background, my appearance, the other people present. With the restored image, emotions flooded in too. Then I was guided to imagine that I held the remote control and paused the film.

Everyone around me froze and only my image from a year and a half ago was alive. Irena guided me: “Start tapping on the points of younger Maria in the way I am tapping on yours”. She was tapping and saying the usual statements: “Even though you are embarrassed to sing in front of all those people, you are a wonderful person full of love”. After a few rounds of tapping Irena encouraged me to ask my younger Maria if she would like to take me to a similar situation from the past. Immediately a memory from much earlier time popped up. The process was repeated –while Irena was guiding me with the statements and tapping on my points, I was voicing the statements and imagining tapping on my younger version. These events are not just memories, says Karl Dawson, the creator of Matrix Reimprinting.

In order to protect us from the pain of the experience, part of our consciousness splits up and is pushed into the subconscious mind. Dawson called these parts ECHOs - Energy Consciousness Holograms. “The stressful events leave us not just memories but also an intense emotional charge”, Irena explains. “These are moments when we were not prepared nor had the inner resources to face the challenge. The suppressed emotions stay in our energy fields as frozen energy that blocks the flow of “chi” and reduces the capacity of the body's energy system”. By EFT the energy block is dissolved and becomes a present resource.

Moving from memory to memory, i.e. from ECHO to ECHO and repeating the tapping and the statements, we reached an event from very early childhood somewhere about 3 or 4 year old age. It turned out, most unexpectedly, that the core of the issue lay in a separation which seemingly had nothing to do with my inhibition to sing in public. After the tapping sequence I asked my younger version if she would like to take me somewhere. No other memory appeared. Apparently we had reached the possible depth of the underlying issue. Then came the moment to re-imprint the Matrix – the primary energy network, the universal energy field that connects everyone and everything. After I helped my ECHO to process the negative emotional charge of the memory, I replaced it with a positive one that did not happen actually. By reimprinting the new positive image deeply in the subconscious mind where I was at that moment, it took the place of the old stressful event and broke the above-mentioned connections between trigger and anxiety response. I was well acquainted with a similar method – the same approach is also used in the classic system of Usui Reiki, however with EFT the process is deeper and stronger. The basic concept for this kind of rewriting a personal story is that the subconscious mind does not distinguish between reality and the new positive image. After sending the new image out to the Universe, Irena gently brought me back to reality. My face was shining with a smile, I felt full of energy and delight. To end up I tested my emotional intensity. I answered the same questions as at the beginning of the session: “how much from 0 to 10 is the embarrassment, the fear, the shame etc.”. The numbers came out with ease and were significantly lower than at the beginning. “Will this last over time?” was the first thought to cross my mind.

It turned out in my case that the process continued a few more days. I got additional insights on my earliest stressful event of separation. As I walked on the streets memories would pop up bringing intense emotions. I had to hide away and start tapping. Just a round of tapping was enough – the emotional intensity was gone and was left with clarity and fulfillment of understanding my own path. After a few days time I went to an open air festival. I did not forget myself singing but songs were definitely pouring out of me with ease.

If you find this article interesting or useful help us share it with more people that may need it by using the sharing buttons above! Thank you!

We have 16 guests and no members online 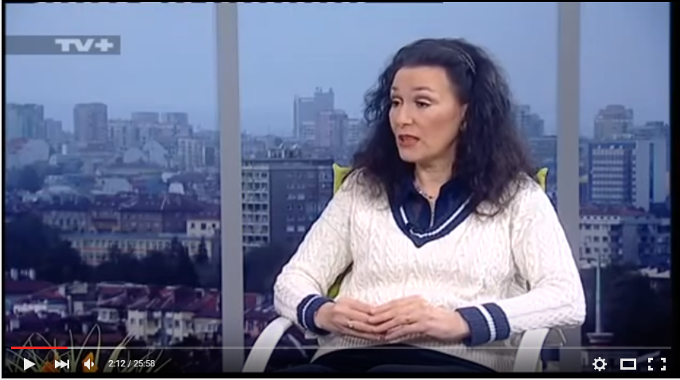 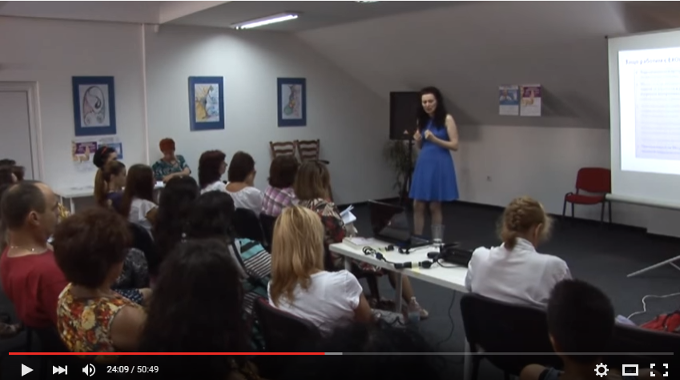 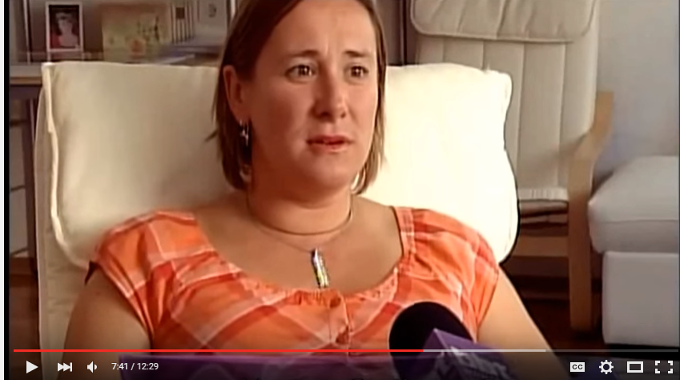 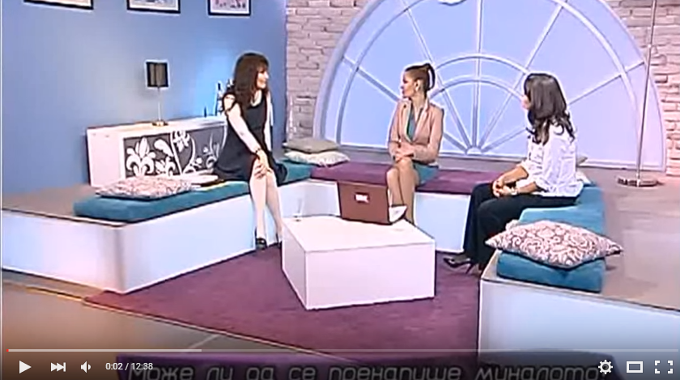